The United States of LATAM 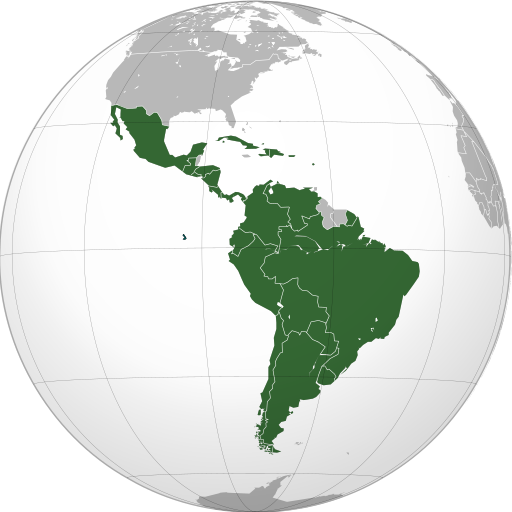 Latin America has a common origin and history. The level of cultural homogeneity between the countries than conform it is significantly higher than that of the nation-states that comprise the European Union. Yet the level of economic and political integration in LATAM is not anywhere near what Europe has accomplished amid the great degree of idiosyncratic, economic and political heterogeneity that characterizes that region. Given this reality, how can LATAM states learn from the EU to foster regional integration and cooperation?

Before answering that very important question, let us point out a couple of historical and philosophical facts about the European Union. To comprehend the nature thereof one must consider what gave rise to the concerted efforts for European continental integration. World War II was the straw that broke the camel’s back in a region besieged by belligerence both within and among its nations. Breaking with strict ideological and nationalistic standards, European leaders designed and carried out a functional approach to integration. One that interlaced economic interests through the creation of a common market.

The initial efforts to bring this about were channeled through the European Coal and Steel Community. Following the parameters of this functional approach, the ECSC made its member-states more effective and interdependent. Interdependency, in turn, led to the concomitant expansion of the continent’s production, consumption, investment and trading possibilities.

As member-states capitalized on such possibilities, a group of statesmen that came to be known as the founding fathers of the European Union, widened and deepened the institutional infrastructure for European integration. These men were Jean Monnet from France, Robert Schuman from Luxembourg, Konrad Adenauer from Germany and Alcide De Gasperi from Italy. Understanding, as Jean Monnet himself stated, “that nothing is possible without men, but nothing lasts without institutions”, they worked painstakingly to sow and nurture the seeds of what has become and is becoming the European Union.

Events in recent history have dealt several blows to European integration. Among them, the debt crisis in Greece and Italy, Britain’s exit from the EU and the unfolding of deadly terrorist attacks across the continent. Despite these setbacks, the EU stands as an exemplary, albeit imperfect, model for establishing unity in diversity to foster social and economic stability and prosperity.

Now, if there is one main thing Latin America ought to ascertain from the European experience is the need to build a comprehensive institutional framework upon which its nations can integrate with clear rules and expectations. Moreover, LATAM needs to bear in mind that a successful campaign for regional economic interconnection requires strong and sensible leadership of the kind capable of persuading both the elites and the common citizenry. We need a group of people cut from the same cloth as the European founding fathers to spearhead this urgent effort for the peoples of LATAM to coalesce and harness our region’s riches beyond raw materials and into value-added goods produced at an efficient scale.

For this transformation to take place we need a shock therapy of sorts. Europe did not awake to the need to integrate until its countries were about to disintegrate amid Adolf Hitler’s ambition to dominate and subjugate. By saying this I am not at all hoping that a crisis of that magnitude unfolds in our time and in our region in order integrate in the aftermath. Nevertheless, we must impress upon the minds and hearts of our peoples the nature and causes of our current predicament of underdevelopment. One that has materialized as a result of the politics of “divide and conquer” exercised by those that our treasure plunder.

We must leave those politics behind and unite in order to realize the power of our might as we proceed as one. Only with the willingness of the people to put aside senseless ideology and sacrifice for the sake of unity, will LATAM’s economic integration be possible. Only with solid institutions, as Jean Monnet would predict, will it improve and last.

We should, therefore, put our best effort to integrate our countries now in a time of relative peace. For, as US General Norman Schwarzkopf once stated, “the more we sweat in peace, the less we bleed in war.” May the Almighty give us the wisdom and drive to work now and laugh later. If we do not, I am afraid that there will be a lot of crying and gnashing when our fragmented economies come crashing.

Given our great level of cultural homogeneity we could orchestrate a United States of LATAM. Throughout its history, the EU has been trying to do just that; to conform a United States of Europe. Because of the heterogeneity between its nations that has not been possible. They have settled instead for a Europe of United States with an egregious democratic deficit, but functional nonetheless. Because of our intrinsic kinship, in LATAM we could become the archetype of regional economic integration in the twenty first century. Realizing our potential is a matter of mustering the will to do so. So, let us do so.